To check the real time evolutions concerning international mobility all over of the world, discover the GoWork – COVID-19 Digital Card.

Expansion of entry restrictions to 21 territories

Travelers with travel history to the abovementioned territories within the last 14 days will be disallowed entry. However, passengers who are merely transiting through territories covered by the ban will be allowed to enter, provided that they have stayed in the airport the whole time and were not cleared for entry in the covered territories by their respective immigration authorities.

Filipinos arriving from these territories will be allowed to enter the Philippines, but will be subject a strict 14-day quarantine.

The Bureau of Immigration (BI) has announced that it will implement the Inter-Agency Task Force for the Management of Emerging Infectious Diseases (IATF) ruling to lift the antigen test requirement for outbound travel starting from 1 November 2020. However, travellers will still need to comply with requirements to present a negative COVID-19 test certificates if they are required by the country of destination.

Travellers leaving under a tourist visa will also need to present a round-trip ticket, and will be required to sign a declaration acknowledging the risks of travelling, which will be given to them by the airline upon check-in.

Travellers arriving in the Philippines are required to have a pre-booked accredited quarantine facility before they arrive, and are subjected to the maximum capacity of inbound passengers set by airport authorities. After they have completed the immigration inspection procedures, arriving passengers will proceed to the one-stop shop the airports, where they will be tested and referred to their assigned quarantine facility.

Philippines to allow foreign investors to enter from 1 November 2020

With effect from 1 November 2020, foreigners with investor’s visas, 47A2 visas from the Department of Justice, and visas from the Aurora Pacific Economic Zone and Freeport Authority and the Subic Bay Metropolitan Authority will be allowed to enter the Philippines. These travellers must possess a valid existing visa at the time of entry and pre-book their stay at an accredited quarantine facility.

Entry to be allowed for foreign nationals

The Philippines recently announced the relaxing of travel restrictions for foreign nationals.

The Philippines suspended visas upon arrival for Chinese nationals in January as one of its first COVID-19 mitigation measures.

The relaxing of travel restrictions for foreign nationals with valid long-term visas is good news for employers wishing to send employees to the Philippines.

Metro Manila will remain under a general community quarantine (GCQ) until 15 July 2020. This is after President Rodrigo Duterte approved the recommendation of the Inter-Agency Task Force on Emerging Infectious Diseases (IATF) to place Metro Manila, the epicentre of the coronavirus outbreak in the country, under GCQ for two more weeks starting 1 July 2020.

Also under GCQ until 15 July 2020 are the following provinces, as well as cities and municipalities in the Visayas:

The Philippines recently extended the quarantine in metro Manila to mitigate the spread of COVID-19.

The government announced the third week of May the modified enhanced community quarantine in metro Manila would remain in effect until May 31.

Metro Manila, two other areas under the “modified” enhanced community quarantine (ECQ) until 31 May 2020

The BI begins its online appointment system at its main office in Intramuros, Manila, on 1 June 2020, Monday, in compliance with physical distancing protocols. BI Commissioner Jaime Morente said only clients with appointment codes will be served during the specified date and time. Government-issued or other valid identification cards must be presented.

The BI will continue to implement international flight travel restrictions at the Ninoy Aquino International Airport (NAIA) despite the lifting of the modified enhanced community quarantine in Metro Manila, and its move to GCQ.

Under existing guidelines approved by the Inter-Agency Task Force Against Infectious Diseases (IATF), only overseas Filipino workers (OFWs), Filipino citizens and their spouses and dependents; permanent residents; and foreign diplomats are allowed to enter the country.

All foreigners can leave anytime but Filipinos are not allowed to leave unless they are OFWs, permanent residents or holders of student visas in their country of destination.

Guidelines for filing and issuance of Alien Employment Permits (AEP)

What is the change

In response to the declared state of public health emergency, the Department of Labour and Employment has issued a set of guidelines for the filing and issuance of the AEP, covering the online submission process for the following steps: company registration; filing of new/renewal of AEP applications; release of AEP cards; and requests for cancellation of AEPs. Full details can be found in the link below.

Release of the AEP cards of approved applications

The Department of Labour and Employment has engaged a courier service for the delivery of approved AEP cards. This service will be available from 2 June 2020. Detailed procedures and pricing rates can be found in the link below.

Metro Manila, two other areas under the “modified” enhanced community quarantine (ECQ) until 31 May 2020

President Rodrigo Duterte has kept Metro Manila, as well as Laguna and Cebu City in the Visayas, under the “modified” ECQ while placing the rest of the country under general community quarantine (GCQ).

Under the “modified” ECQ, the movement of people in these areas that are classified as “high risk communities” would continue to be severely restricted under the extended lockdown. However, local governments may allow the limited resumption of public transportation, certain industries to operate at half capacity, and persons to leave their houses for essential goods and work

The government has implemented changes to departure procedures for foreign nationals leaving the country.

Foreign nationals with approved visas who departed in line with the procedures described above must present the applicable receipts to re-enter the Philippines and obtain their visa stamp/ACR I-Card.

The changes to departure procedures are good news for employers, as these will ease the departure and return processes for their foreign national employees

The DOLE has suspended the processing, issuance, and renewal of the Alien Employment Permit (AEP) until further notice.
However, no penalty/administrative fine will be imposed on all soon to expire AEPs or permits that expired during the suspension period. Hence, said application will still be treated as renewal.
Furthermore, new AEP applications of foreign nationals whose employment contracts are effective during the suspension period or the 15 days grace period already lapsed will not be imposed with penalty.

Effective immediately until further notice, the Department of Foreign Affairs (DFA) is temporarily suspending visa issuance at all of its Foreign Service Posts.

With this temporary suspension, all visa-free privileges including those based on Visa Waiver Agreements, those under Executive Order 408, s.1960, and for holders of Hong Kong and Macau SAR passports, Macau-Portuguese passports, and British National Overseas passports, will be temporarily suspended with effect from 22 March.

Foreign spouses and children of Filipino nationals are exempted from this temporary suspension.

The temporary suspension of visa issuance will deem all previously issued visas cancelled, and foreigners with visas issued by Philippine Foreign Service Posts (primarily 9a Temporary Visitor/Tourist visas) will not be allowed entry into the country starting 22 March.

This temporary suspension has no impact on foreign nationals that are already in the country or on holders of visas issued by other government agencies.

Advisory to the public

The following transactions at the Bureau of Immigration (BI) offices in Luzon, including NCR, will be temporarily suspended except for outbound passengers intending to depart the Philippines from any of the international airports in Luzon during the period of the Enhanced Community Quarantine effective 17 March 2020 until 12 a.m. on 13 April 2020:

BI shall maintain its skeletal workforce to cater to outbound passengers intending to depart the Philippines during the Enhanced Community Quarantine period. Outbound passengers will be required to present their outbound tickets prior to entry at BI offices. 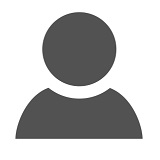